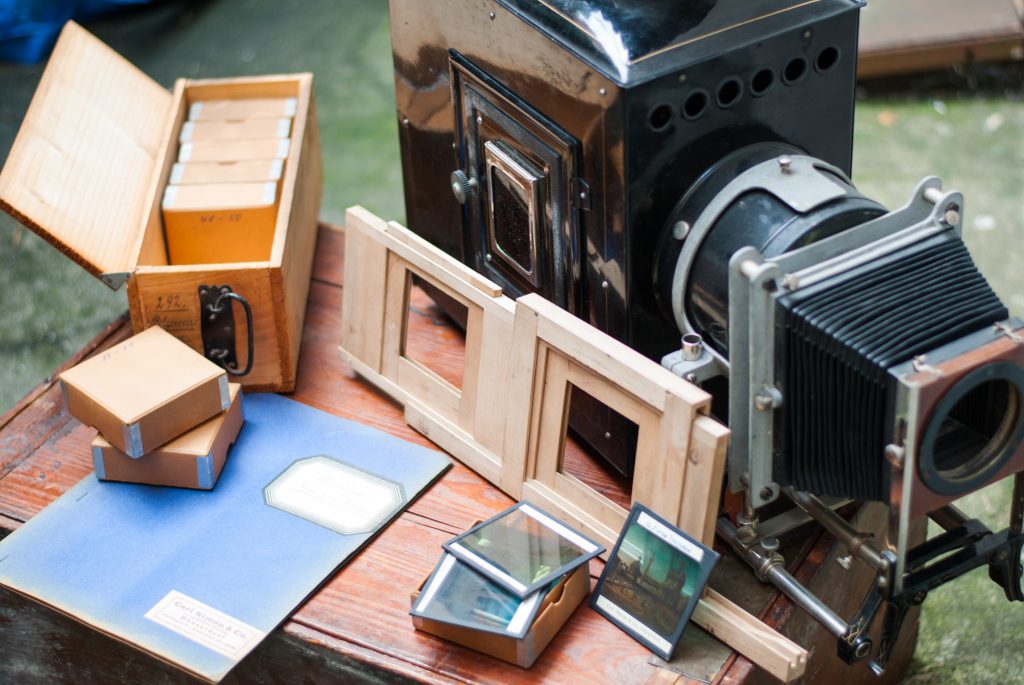 With 10 press photo agency- and publisher archives, 13 photographer lifeworks and many more assets to our name, United Archives is today looking at a combined stock of several million images – and can say today, that these collections are united in United Archives. Many of UA’s archives hold images which have a relationship to China: most of them are travel images, which show what was in the focus of tourists in the 1979ies, 1980ies and 1990ies or what professional travel photographers thought could be of interest for their picture agencies worldwide.

A small but highly peculiar collection with great historical interest is the lecture about China created by Carl Simon in the first half of the last century. We are sure that Carl Simon never visited China, nevertheless he created a lecture with about 80 hand colored glass slides, to show his audiences in the Germany of the early last century his ideas about Chinese culture, history and politics. The lecture was not precise or professionally curated, and for illustration purposes he also mixed images of Japan and China – this creating some inconsistencies which showed up only during the PAGODE – Europana China project: a curatorial mistake done about 100 years before.

As said above, Carl Simon somehow had these black and white glass slides coloured by his staff. The slides were arranged according to corresponding themes or countries and conserved into small wooden boxes. For these slide series we assume that he had teachers or historians involved to create the so-called “lecture booklets”, in which every slide motif was individually described. He used to lend these wooden boxes with the hand-coloured slides to interested people, together with the lecture booklets and a slide projector, so to allow replication of the show. The slides were shown for example in the town hall or in a parish with the Dia projector and supplemented by the detailed lecture texts: in this way it was easy to tell exciting stories and present the appropriate pictures, thus recreating an educational and also entertaining event.

We have to imagine that at the beginning of the 20th century only a few people were able to travel to get to know other countries, their people and culture. For the others, all this was made possible by Carl Simon’s visionary idea, which motivated him throughout his life. Unfortunately we do not know how he came to this large slide collection. Perhaps he got it from those early travellers who came back in Europe, or from photographers he knew. That will remain his secret: there are no more contemporary witnesses.

Next to Carl Simon’s glass slides, the participation of United Archives in PAGODE was much larger, with over 3.900 beautiful photographs provided in Europeana with the highest standards of quality and completely open access.

Discover the Collection by United Archives on Europeana 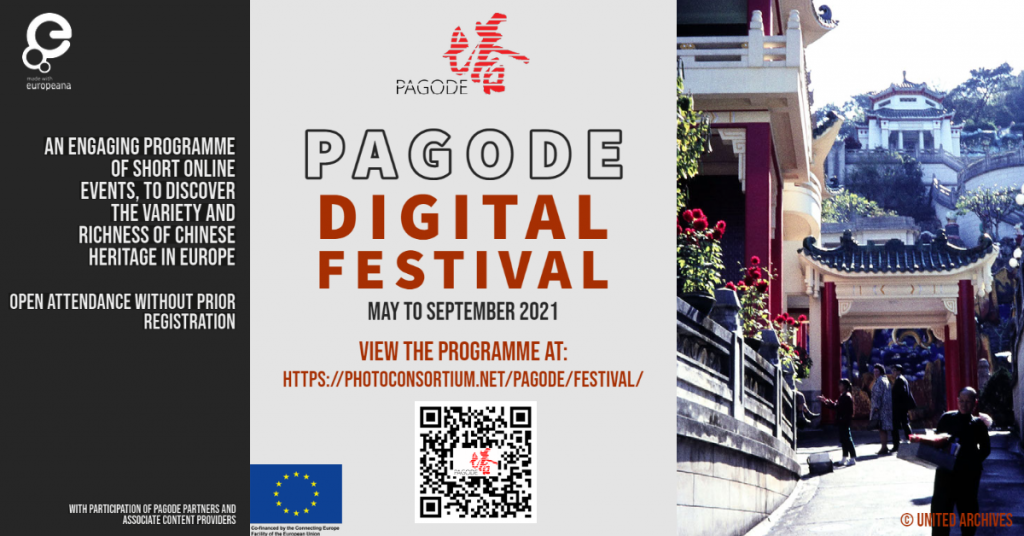 PAGODE Digital Festival is proud to present an online talk and presentations to discover the work that was done in the project with curation and annotation of digital cultural heritage collections in Europeana, the European digital library.

Among the activities in PAGODE, a big effort is deployed to annotate and enrich with additional metadata a selection of existing collections from Europeana, also with the help of students, citizens, culture lovers and experts engaged with the PAGODE Annotation Campaigns. By accessing a crowdsourcing platform, users could view curated collections sourced from Europeana and manually “tag” each record with appropriate keywords about places, subjects and highly-specific terms related to Chinese heritage.  The tags were then sent back to Europeana.

In this short seminar, experiences, impact and outcomes of the PAGODE Annotation Campaigns were illustrated for anyone to learn from and to replicate. Testimonials from four involved MA and BA students at the University of Ljubljana and KU Leuven offered a first hand glimpse of the annotation user experience.

Hosted on Zoom by the University of Ljubljana.

DISCOVER ALL THE EVENTS IN THE PAGODE DIGITAL FESTIVAL >>> 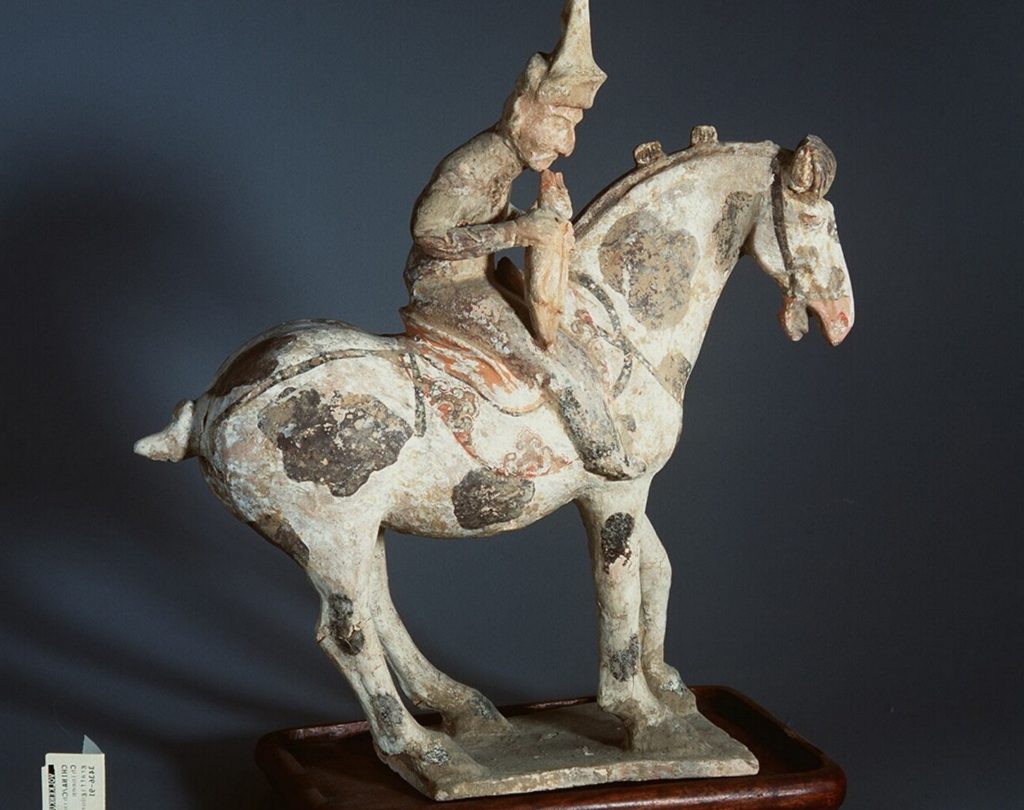 PAGODE – Europeana China is a project aiming to highlight digital collections of Chinese heritage, with a particular attention on those made available by various cultural heritage institutions in Europeana, the European digital library. Many of those collections would benefit from additional and richer information (i.e. metadata) to make the resources more visible and easily searchable.

Among the activities in PAGODE, a big effort is deployed to annotate and enrich with additional metadata a selection of existing collections from Europeana. This is done in two different actions:

Both actions are based on specific lists of keywords developed by the Sinologists, specialized in Chinese heritage semantics, of the University of Ljubljana.

While the automated semantic enrichments are now completed, offering additional metadata to over 20.000 existing records in Europeana, the Annotation Pilot is continuing all across the summer, expecting to offer back to Europeana over 3.000 items with curated annotations.

Additionaly, a summer annotation sprint is currently ongoing with participation of students of digital humanities master courses at the University of Ljubljana and at KU Leuven. Expected result from the students’ annotation sprint is to achieve additional 1.000 objects enriched with about 24.000 tags.

A dedicated seminar in the PAGODE Digital Festival series, set on 31st August 2021 h. 10.30, will showcase the impact of this crowdsourced annotation activity in terms of user engagement with digital cultural heritage and also in education.

PAGODE held a dedicated session entitled Behind the scenes of PAGODE: building an aggregation value chain, to illustrate the good collaborations and the progress made within the project, with a focus on highlighting and improving visibility of Chinese-related cultural heritage collections preserved in European Cultural Heritage Institutions

The recording is now available: