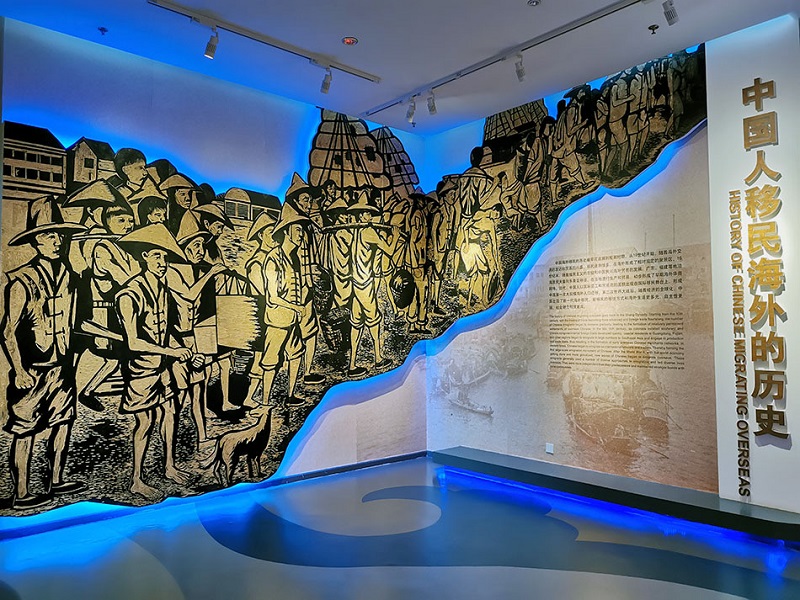 img. Part of the exhibition at the Overseas Chinese Museum of China, Beijing, source: http://www.7782tour.com/museum/27.html.

After the implementation of the reforms in the 1980s the Chinese state started to embrace a more diverse understanding of heritage. After the adoption of the UNESCO Intangible Cultural Convention in 2003, China experienced the so-called “heritage boom” that also included the new stance towards the legacies of emigration from China.  For a long time considered to be traitors and agents of imperialism, Chinese emigrants, or Overseas Chinese as they are most often called, turned from ideologically suspicious to patriotic with their material and immaterial legacies being celebrated through museums, rituals, and monuments.

According to some estimates, there were at least 30 such museums across China, including major metropolises (Beijing, Shanghai, Guangzhou) as well as smaller places with strong emigration in Fujian, Zhejiang, Guangdong and even Yunnan and Heilongjiang provinces (Wang 2019). Among these, the flagship project is the National Overseas Chinese History Museum of China in Beijing officially inaugurated in 2014.  As Wang Cangbai  (2019) observes, these museums may differ in style and size but are very much alike in their monolithic patriotic discourse. This discourse emphasizes the contribution of the Overseas Chinese to China’s revolution (especially their contribution to the struggle against Japanese aggression) as well as subsequent modernization. Museums thus construct the Overseas Chinese as a highly unified “patriotic subject” who had suffered as a victim of Western colonialism and imperialism (Wang 2019).

While on the national level the heritagization of Chinese emigration is highly ideological and does not depart in any way from the prescribed forms of the Chinese state’s metanarrative of the great revival of Chinese civilization under the CCP Chinese Communist Party, the heritagization at the local level pursues many more complex aims and gives local authorities more creativity for turning local practices and legacies into heritage. At the local level, the heritagization is much less ideological as it is practical – the main aims are local development through tourism, urban development as well as social cohesion, and successful town branding. But as the case of Qingtian county, a small “hometown of Overseas Chinese” in the southern Zhejiang province reveals, the migration legacies are mostly intangible practices that must be somehow made more palpable and material. In Qingtian, many resources are invested in creating an environment that reflects the century-long connection to Europe through migration. These legacies materialize in the local “European style” projects, including newly built monuments and buildings, as well as the celebration of particular consumption practices (e.g. coffee houses, wine drinking). 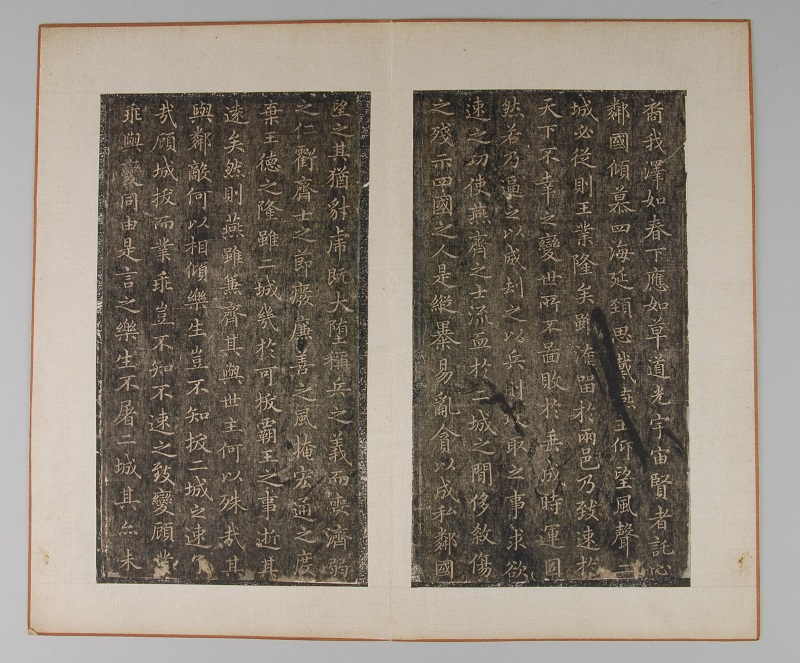 A series of very interesting teaching and learning materials about China, its culture and cultural heritage, is published by the renowned online magazine Ancient History Encyclopedia. An article by Mark Cartwright dives into the meaning and history of Chinese calligraphy which was considered more an artistic practice than a way to communicate in written.

“Calligraphy established itself as the most important ancient Chinese art form alongside painting, first coming to the fore during the Han dynasty (206 BCE – 220 CE). All educated men and some court women were expected to be proficient at it, an expectation which remained well into modern times. Far more than mere writing, good calligraphy exhibited an exquisite brush control and attention to composition, but the actual manner of writing was also important with rapid, spontaneous strokes being the ideal. The brushwork of calligraphy, its philosophy, and materials would influence Chinese painting styles, especially landscape painting, and many of the ancient scripts are still imitated today in modern Chinese writing. “

Exquisite calligraphy was highly appreciated and cherished, by preserving the support in different ways; and talented writers could even become real celebrities so that their works were collected and faithfully copied (and sometimes even forged!) since the early days, irrespectively of the meaning of the text. “There are many scraps (tie) which may be very old and highly valued but are, in fact, merely comments on the weather or a note for a gift of oranges.”

Read or listen to the entire article from Ancient History Encyclopedia website: https://www.ancient.eu/Chinese_Calligraphy/